What the Boeing 737max Can Teach Us About HRO 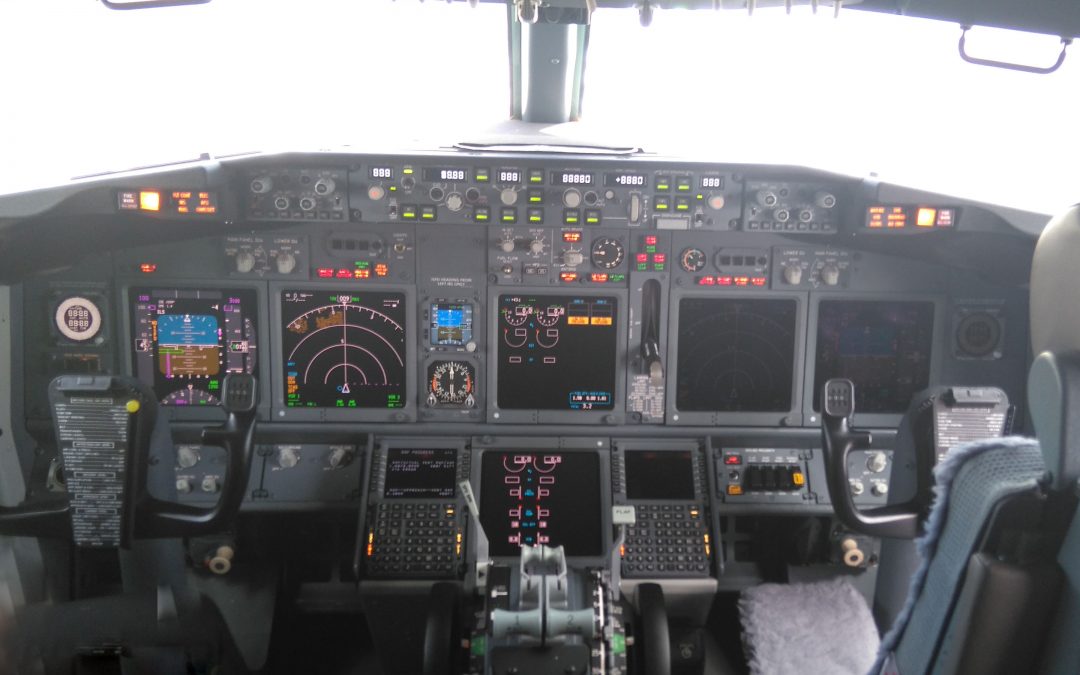 We often talk about business in the abstract, philosophies, strategies, what ifs.  This episode looks at an ongoing crisis, with direct and fatal consequences for those involved.  Rather than debate the technical and operational aspects, this podcast aims to draw attention to the underlying and pervasive role that culture plays in companies. If all we focus on are the processes and procedures, and ignore the business decisions regarding people and culture, we have missed a critical opportunity to help change the way businesses operate.

I want to start with a recognition and remembrance of the 189 passengers and crew on board Lion Air Flight 610 who lost their lives on October 29, 2018 and the 157 passengers and crew who perished on board Ethiopian Airlines Flight 302 on March 10th 2019. The plane crashes of these two Boeing 737 Max aircraft were horrendous accidents, devastating lives and families and impacting them forever. One way to ensure these folks did not die in vain is to stay the course and learn the lessons that come from this tragedy.

There have been volumes already written about these accidents, and volumes more will be. Much has been written about the design, technical, training, service, business, and regulatory aspects and decisions at the core of these accidents. A recent article, “The Case Against Boeing”1 by Alec MacGillis in the New Yorker weaves many of these story lines together.

“Every past crash that I can think of was an accident, in that there was something that wasn’t really reasonably foreseeable. This was entirely different, and I don’t think anyone understands that. This was a collision of deregulation and Wall Street, and the tragic thing is that it was tragic. It was inevitable.” 2 – Greg Travis https://twitter.com/greg_travis

So what was it that really changed, what is no longer done, or believed, or understood?  What changes brought on the collision of deregulation and Wall Street? Was there something that fundamentally makes the difference when collectively considering the long-term implications of deregulation, Wall Street, and all the other aspects? I believe there is. It is High Reliability Organizing.

The academic and business research into HRO began in earnest in the 1980s, as organizational and societal researchers began to formalize the concepts that today we recognize as HRO.  Decades prior to this, Boeing established it’s own in-house approach. This had coalesced to the point that the company was already well known around the world for their “engineering culture”, in essence, an organically grown culture of reliability, resilience, and awareness. Stan Sorscher, who joined Boeing’s engineering team in 1980, and would go on to play significant roles in the company offered a highly impressed perspective of the Boeing culture:

“… (he) marveled at its culture, which emphasized quality improvement and communication. Managers held regular meetings for engineers to address problems; engineers worked directly with suppliers; teams shared resources, knowing that the gesture would be reciprocated.”3  – Stan Sorscher

Boeing operated for decades using this organic framework. And for decades, Boeing was revered in the aerospace and aviation industry as the undisputed leader in safety, quality, innovation, technology, and on-time delivery. Boeing was 10 years into shipping 747’s and was rolling new 757 and 767s off the line when research into the concepts of HRO kicked off. The foundational precepts of the Boeing culture4, created years before, look strikingly similar to the tenets of HRO:

During the decades that the Boeing Culture was the primary differentiator and principle strategy for the company, growth was almost non-stop, and product quality and safety continued to lead the industry, offering incontrovertible evidence of the value of the basic tenets of an HRO Culture.

But the world changes, and Boeing changed with it.

In an effort to maintain growth and market dominance, Boeing bought McDonnell Douglas in late 1990s. Analysts, customers and many Boeing employees point at the merger “as the moment when Boeing went from being led by engineers to being led by business executives driven by stock performance.”5  One could also say it was the start of a pivot away from HRO as a business model and with that the quiet beginnings of design, quality, delivery, and most importantly, safety problems.

Culture change, good or bad, takes time.  It took decades to firmly establish the “engineering culture” at Boeing. And it has taken decades to tear it down. Boeing’s engineers’ union went on strike in 2000, ostensibly over Overtime pay and cuts in health coverage.  In reality, it was a “referendum on management”.6

The ongoing impact from this culture pivot was notable in the types of crisis that started to appear and the response by the corporate leadership at Boeing. The 787 Dreamliner started design in 2004. It took 7 years (3 more than scheduled) and billions over budget to produce a plane that one year after launch faced a full fleet grounding caused by faulty batteries starting fires on board. So, with the Max’s grounding in March, Boeing has now had two airplanes grounded by the FAA in six years. Prior to this, the last aircraft grounded by the FAA was the McDonnell Douglas (who Boeing bought in the late 90s) DC-10, in 1979.

What does this mean for the family, friends and coworkers of the customers and crew on Lion Air 610 and Ethiopian Airlines 302? And what does it mean, ultimately, for the 737 Max,? From the point of the first CAD drawing hitting the printer, it was cost and scheduled that were the gating factors. This led to assumptions, decisions, and actions that ignored High Reliability principles and, in some cases, good engineering dogma. In other words, the program focus overrode quality, innovation, technology, and most importantly safety. It appeared that any “preoccupation with failure” or efforts to preserve and leverage key knowledge and lessons learned from the Dreamliner program were ignored.

“There was no contrition or soul-searching on the (earnings) call about how the 787 could have gone this wrong. Instead, the call emphasized some impressive sales and profit numbers. It was like a farmer showing off a great crop, but not mentioning that the tractor just broke, he fired the mechanic, and outsourced tractor maintenance to Bolivia.”9 – , Richard Aboulafia, aviation industry analyst

Of all the decisions on the 737 program, choosing to forego a complete redesign and to use an existing platform to save time, money and training, could certainly be considered the most fateful. This doesn’t mean the decision was wrong. But in this new culture of profits above safety, this singular decision lead inexorably to a host of challenges each with their own assumptions and decisions all without the guardrails afforded by the “Preventative” habits of the Boeing Safety Culture or HRO.

Perhaps the most troubling sets of the assumptions that flow from this decision are connected with the on-board software program, MCAS. There are a number of issues with the design and implementation of MCAS, and these are addressed in much of the reporting. Collectively, the MCAS issues started with Boeing’s assumption that in designing the software, that in the event of a malfunction, pilots would be able to respond properly within four seconds. 10

High Reliability organizations, as Boeing was during the Boeing Engineering Culture decades, compensate for challenging decisions and questionable assumptions by relying on the HRO framework to surface potential crises by recognizing and reacting to “weak signals”.   These “weak signals” are often a valuable indicator of a future problem, and as such serve an important role in an organization’s “preoccupation with failure” (HRO) or ability to leverage knowledge to enhance performance (Boeing Culture). HROs respond to these signals strongly so that system functioning can be maintained, critical risks avoided, and errors have less opportunity to snowball into a crisis.

Had Boeing been operating in Boeing Engineering Culture/HRO mode while the 737 max was being designed and built, they would have recognized and reacted to the following “weak signals”:

When Boeing missed, or worse ignored, the “Preventative” habits of HRO/Boeing culture, during the design and development of the aircraft, the “Containment” habits were insufficient when the crisis erupted with the downing of Lion Air 610. An internal FAA analysis at the time, subsequently unearthed by the Wall Street Journal, determined that the risk was high for another 737 max accident within a foreseeable window i.e. months.  Rather than turn to the expertise in the engineering arm of the company, Boeing, and the FAA continued to push a focus on pilot failure and poor training that originated with Lion Air and was put forward on Ethiopian 302. Failing to contain the first crisis and then ignoring the “Containment” habits ultimately led directly to the crash of Ethiopian Air 302.

Immediately after the downing of Ethiopian Air 302, Boeing continued to push their preference to talk about issues at the airlines. There is no doubt that these factors have some role in the fate if the aircraft and the human lives on-board. But these are secondary issues, and without the failing of the design and decision making at Boeing during the design and production of the 737max, the airlines issues would not have caused these accidents. The NTSC report noted 9 issues that contributed individually and collectively including:

Airlines, Boeing, the FAA and the public continue to learn more about the details of these disasters. With all 737max aircraft grounded around the world, everyone will certainly be watching to see how things unfold.

In April 2019, Boeing, in a belated effort to apply some HRO principles to the crisis initiated a Board committee to investigate how to move forward. The members of the committee were well chosen… a nuclear sub officer and admiral, the CEO of an energy company, a former Insurance company CEO and a pharmaceutical CEO. All of these organizations have a need to understand and use HRO. In fact, the first study done to advance HRO was conducted on a Nuclear submarine. In addition to the committee members, the committee worked with additional experts in a variety of fields. The committee presented a number of recommendations12:

In summary, these recommendations point to the roles of safety, engineering, and design in creating a path forward for Boeing. If Boeing staff, leadership, partners and regulators take these to heart, the company has an opportunity to establish itself as a world leading High Reliability Organization.